Track By Track for Picking Up The Pieces

“It was the time in my life to do this,” Jewel says, reflecting on her decision to record, produce and now release Picking Up the Pieces, her first “proper” album of new material in five years and a self-described return to the emotional and musical territory mined on her landmark 1995 debut, Pieces of You. “It’s something I needed for myself. It was really an exercise in shutting out fear. I was giving myself permission to be exactly who and what I was.” 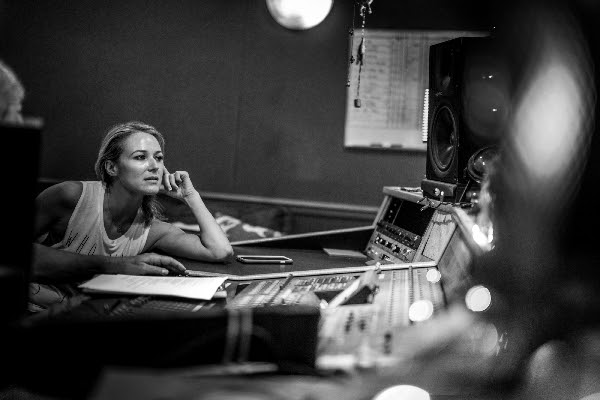 “Love Used To Be,” by Jewel Murray.  "A potent depiction of an emotional state following the decision to divorce. “I’m very proud of this lyric. It’s completely non-commercial, six minutes long and doesn’t have a traditional structure, but I think lyrically, if somebody was to look back on who I am or what I am as a writer and lyricist, this is a good example. It’s a song that you have to listen to several times and it’s a gut-wrenchingly honest take of where I was at in my life when I wrote it.”

“A Boy Needs A Bike,” by Jewel Murray. “I’ve often written from a male’s perspective both in my songs and in my short-story fiction. I liked the idea of a young boy not being able to understand the tension in the household and identifying with his dad and wondering if women are crazy, and the way his dad handles that relationship and the nuance of it.  And the son enjoying a bicycle and the release of it and the way his dad enjoys going in his car to sort of meditate. But the boy is too young to understand. I love the limitation of a child not being able to get the full picture but still get the idea.”

“Everything Breaks,” by Jewel Murray. “I wrote this song about 20 years ago. But doing it now and recording it now, I didn’t get through it without sobbing on every single take. This song has more relevance now than it did when I wrote it.

“Family Tree” by Jewel Murray and Lisa Carver. “In addition to the autobiographical lyrics, this is really about the obligation we have as children to examine where we come from and where we want to be.  It's directly conveyed in the bridge line that says, ‘Take the fruit but choose the seeds I scatter in the wind / That’s the job of the kid to do better than our parents did.’ No matter whose childhood it is – even the best of childhoods – there are traits we might want to weed out and traits that we really want to continue. And to try and do that thoughtfully I think leads to a more fulfilled life.”

“It Doesn’t Hurt Right Now,” by Jewel Murray and Rodney Crowell. “I’ve been a big fan of Rodney’s and we finally got together to write. He came up with that first verse and we liked the idea of this being a mini-play. It’s very theatrical - with a storyline that conveys the aftermath of a woman's affair on a broken relationship devoid of communication. It’s also about the complexities of love and the willingness, courage and ability to engage yourself in it fully or not. I think it’s difficult to do a male-female duet. It’s hard to strike the right note that isn’t just sort of saccharine. But Rodney’s a very deep and thoughtful writer and very interested in truth, so I loved that this wasn’t a typical duet.”

“His Pleasure Is My Pain,” by Jewel Murray. “I wrote this quite a while ago, when I was probably 18. I’ve always liked this song but never found the right place for it. I recorded it acoustic at my home studio and then I had a friend add all those evocative strings to it. This added such a rich texture and ambience to it. It’s a very long song with no chorus. Producing that type of song can be difficult, but hopefully the storytelling is intriguing enough that people keep listening.”

“Here When Gone,” by Jewel Murray. “This song was never completed until a couple years ago. I was never happy with it. And even then I wasn’t sure until I got in the studio and figured out this dramatically improved arrangement.  Thanks to the chemistry between these musicians and I, this song has finally found its place. The poetry and lyric is very unique to my style of writing. I don't recall hearing anything quite like it before, as it transitions from a sort of haunting groove to a shuffle swing.

“The Shape Of You,” by Jewel Murray, Dallas Davidson and David Lee. “I wrote this for a friend of mine that passed away of cancer. I’d written another song for her called “Violet Eyes,” shortly after she died, and this revisits my feelings 15 years later. Losing someone you love very dearly is so painful; you just wish the pain would go away. But after time I started to see that pain as a little treasure because it was something that reminded me of her. I was driving down the road and had this idea that I had a hole in my heart that is in the shape of you. There’s a beauty to mourning and missing somebody and holding them in your heart. It’s sort of like a little window into heaven you can see them through.”

“Plain Jane,” by Jewel Murray. “I wrote this after being in New York for a week and being around some socialites.  It’s about women – and I include myself, certainly – feeling this need to hide behind something because we don’t feel good enough exactly how we are. We have to somehow be prettier or smarter or dress better to be lovable. It’s really a song about self-acceptance and learning to love yourself and that ‘Plain Jane’ is beautiful.”

“Pretty Faced Fool,” by Kip Moore, Brett James and Dan Couch.” “My friend Kip Moore wrote this and he’s a really dear friend and a really great talent. He’s been with me through a lot of what I’ve been going through. He played me this song and I really loved it.  As much as I’m a really big fan of songwriters, I don’t find many songs that I feel sound like me, but this song really resonated.”

“Nicotine Love,” by Jewel Murray. “I wrote this a really long time ago, predating my first album by a couple of years. Way before I was homeless. I was probably 18 and had just graduated high school. It’s an extremely dark song about a woman who had been sexually abused as a child.  She turns to prostitution and ends up getting off on killing men and controlling them. I look back at a lot of the songs I wrote at that time and none of them are love songs. They’re very complex and grown-up.  Thanks to Jonathan Yudkin's wonderfully adventurous string arrangements, this is now exponentially darker than any solo acoustic performance of it.  I still find it remarkable that I wrote this song at such a young age.

“Carnivore,” by Jewel Murray. “I’d forgotten I’d changed the bridge over time into this low, mellow little-red-riding hook spooky bridge and I didn’t realize there was ever another bridge over time. My fans on Twitter reminded me to go back to the original bridge on “it.  I was sent a bootleg of it and now it’s more dynamic. My fans speak up a lot. They really wanted “Carnivore” on the album.”

“My Father’s Daughter,” by Jewel Murray and Lisa Carver. “This song is very personal and very autobiographical. I thought it worked well to have Dolly Parton on it. It’s kind of difficult on that personal of a song to have somebody on it, but Dolly was definitely the perfect choice because our lives are similar in several ways. It’s a song I wrote in 2008 - seven years ago, and whenever I sing it live people always cry. I was always surprised because it’s such a personal song about my life and my story, but I definitely realized as I sang it that people relate their own lives to it. Dolly said it reminded her of “Coat of Many Colors” and some of her autobiographical songs, which was very flattering.”

“Mercy,” by Jewel Murray. “This is the newest song on the album. I wrote it for myself. I was in a lot of pain when I wrote it. It really touches me when I sing it. It reminds me a little bit of “Hands” just in its message: yielding and giving instead of being more brittle and fighting and armored. I’ve been playing it live recently and it seems to be bringing a lot of comfort to people. People often cry when I sing it. It's always nice when you create something for yourself that you really needed to hear and it seems to be something other people needed to hear as well.”