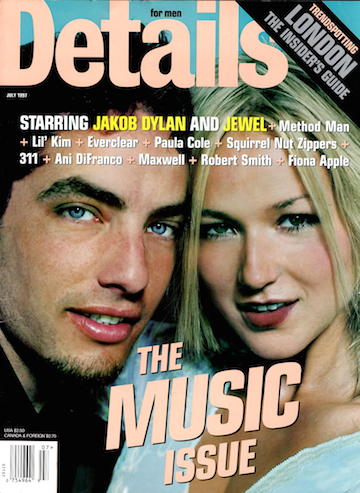 It brought back a flood of memories, one of which was singing with Jakob and The Wallflowers on "6th Avenue Heartache" when it was broadcast live on the radio from the WHFS Holiday Nutcracker concert at the George Mason Patriot Center in Fairfax,VA on December 8, 1996 - when we were doing the annual round of radio station holiday concerts that year.

I asked Alan to dig up our copy of this performance and the magazine cover as this month's EDA Inclusive to share with you all. Jakob and I met backstage at that show, and we didn't rehearse the song at all - and as you'll hear, I just made up a verse on the spot on stage! (This audio and the entire Details article follows my blog below.)

When Alan sent me the scanned article, it reminded me of what being a folk artist at the height of the cynical grunge era was like. It seemed to me the rock press had a bigger chip on its shoulder than any grunge artist I knew. Acts like the Ramones and Nirvana always encouraged me and cheered me on for being authentic. But the press could not wrap it's head around one single word - sincerity. I have never been one to put on airs, act tortured (I have been genuinely tortured enough in my life!), or worry about my “credibility”. I was credible because I was being true to myself. To do more than that would be a contrivance.

Its hard to describe the scene back then, but there were a million bands trying to be as cool as Nirvana and Soundgarden. And they were very self-conscious about having their hair just so. They took longer to get ready before a show than I did. It took a lot of work to look like they didn't care. It was funny. But even more entertaining was how many of the music critics were way more obsessed with being credible than any artist - and they summed up what I disliked about the cynical and snarky attitude that began to be prevalent in that era. (Btw, the EDA’s get a shout out in the article! Funny how they describe our relationship. They just didn't get what we were feeling and doing. Our community of people who support one another and our diversity is still my greatest pride of my career.)

I was never guarded and I never tried to behave in a calculated way for the press. As you all know, being sincere and authentic to who I was, and how I felt, was freedom to me as a human and an artist. But the press could not wrap their head around how my simple folk album with 8 minute songs like 'Painters' (which they called naval gazing ramblings of a child who wrote in journals, not songs) could be cutting through the noise. Many of them chalked it up to my “looks." They just could not understand people in the world who wanted connection and to be sensitive.

During this time, credibility was everything - and many manufactured it. And as a woman and a songwriter in an era of male rock - it was very taboo to be sexy and smart. I love that my label never once asked me to dress up. Never once asked me to put something short on. In fact, they asked photographers to make my chest look smaller on magazine covers like Rolling Stone because they feared it would send the wrong message. I was always able to be myself without pressure - and I was allowed to grow as a human as I evolved.

What highlighted the paradox of credibility and female sexuality was my “dress incident” at my first Grammy Awards. It was your worst prom nightmare come true! Well, it was my worst prom nightmare come true. I had no idea my dress was see through!. And I had no idea til after! Mortifying. When I tried the dress on at my dark hotel room prior to the show, it was NOT see through! I walked into the Grammies feeling like the prettiest girl in the world. The dress was ethereal and nicer than anything I had ever worn. The photographers were in a frenzy and I remember thinking to myself - wow, I must really look nice in this!

But the flash bulbs and the spotlights and back lighting made the dress slightly see through ... and I had zero clue. So mortifying.

By today's red carpet standards, it's hard to see what the fuss was about. But back then it was all anyone wanted to talk about - the singer-songwriter wore a sexy dress!! The press wrote about how I must be a sell out, or how I must be relying on my looks and that's the only reason my stoic, naive, simple folk songs could be cutting through. I was called stupid, naive, trying, rambling, and many more things by the press for years while I broke that record. And then I broke actual records. Ha! I never lost sight of the reality - me and an audience and a songwriter's duty to be honest and speak to hearts - not musical trends. While the press called me naive - we went right on and sold 14 million copies. Talk about gratifying and the ultimate punk rock fuck you to a bunch of male critics that said it must be my looks that would make such “Pollyanna” music cut through.

Soon the ride shifted and a kick ass wave of female singer-songwriters began to dominate the airwaves. But we still have a long way to go. There are still men in the business who feel two women cannot be played back-to-back on the radio. There are still more women who need to be engineers and I’d love to see more woman feel they can go into music and be singer-songwriters if they want - and that their brains and their hearts and their authenticity are their most valuable currency. And that they need to compromise for no one.

(We are not in the business of fighting darkness, we are farmers of light. 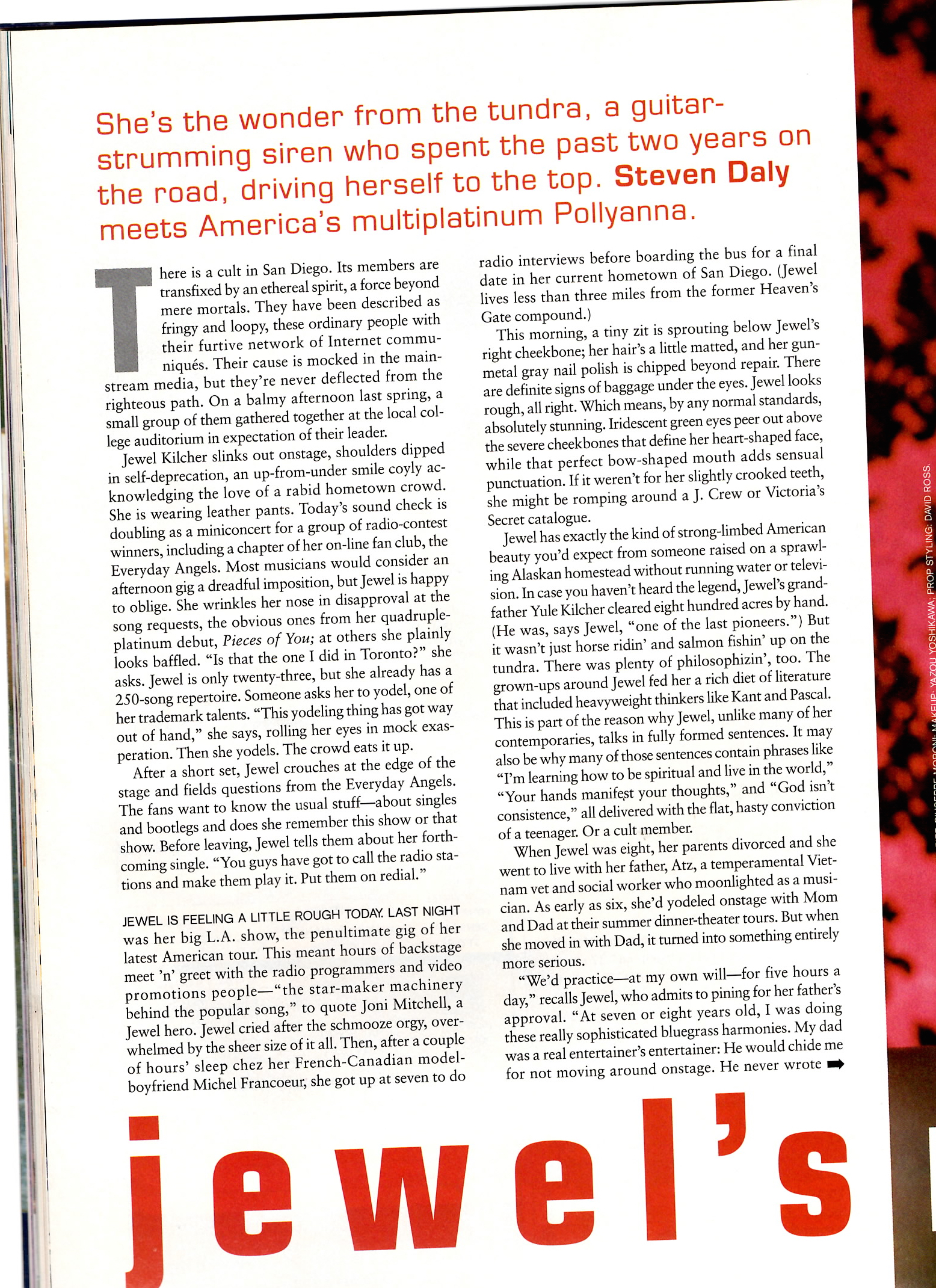 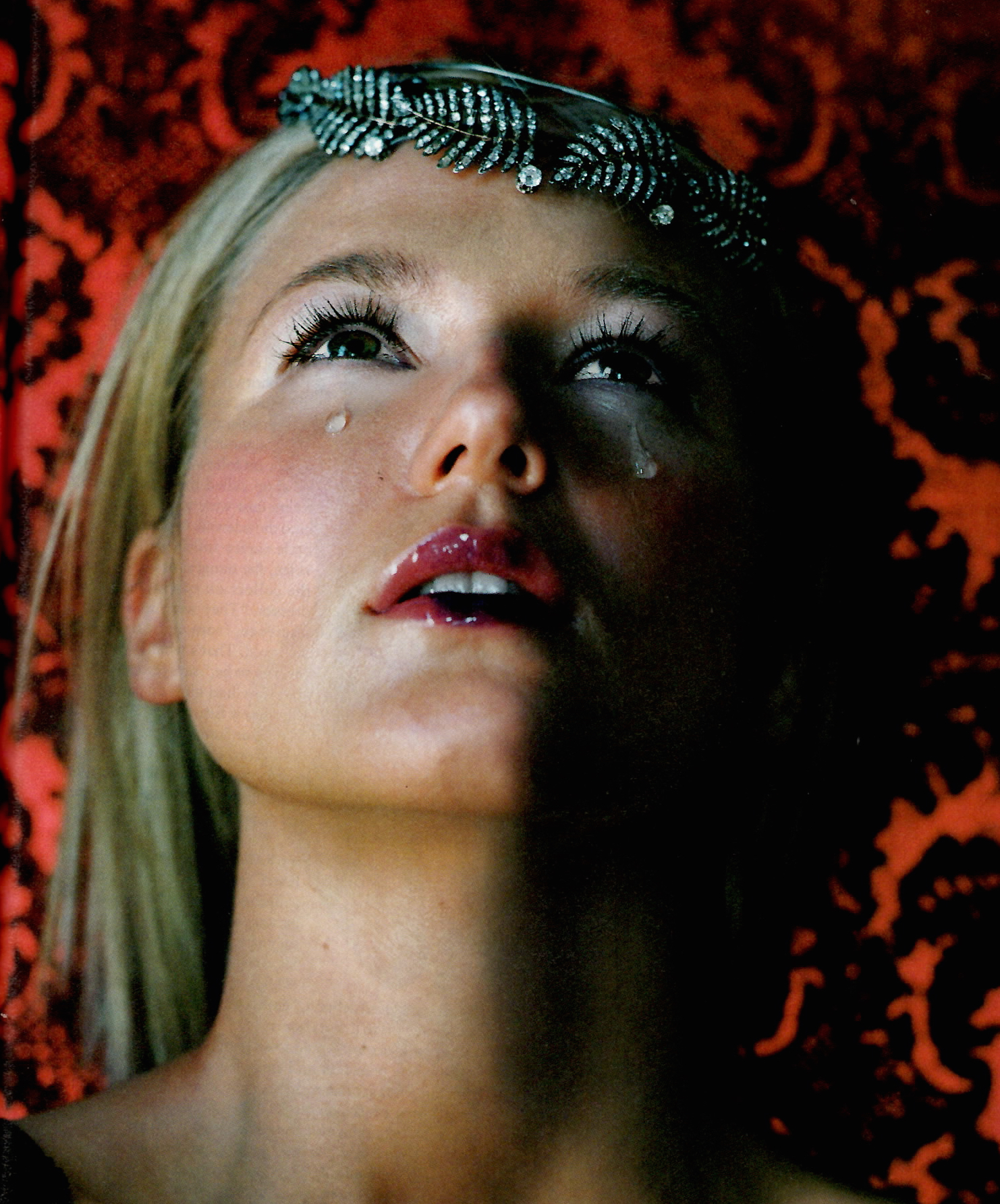 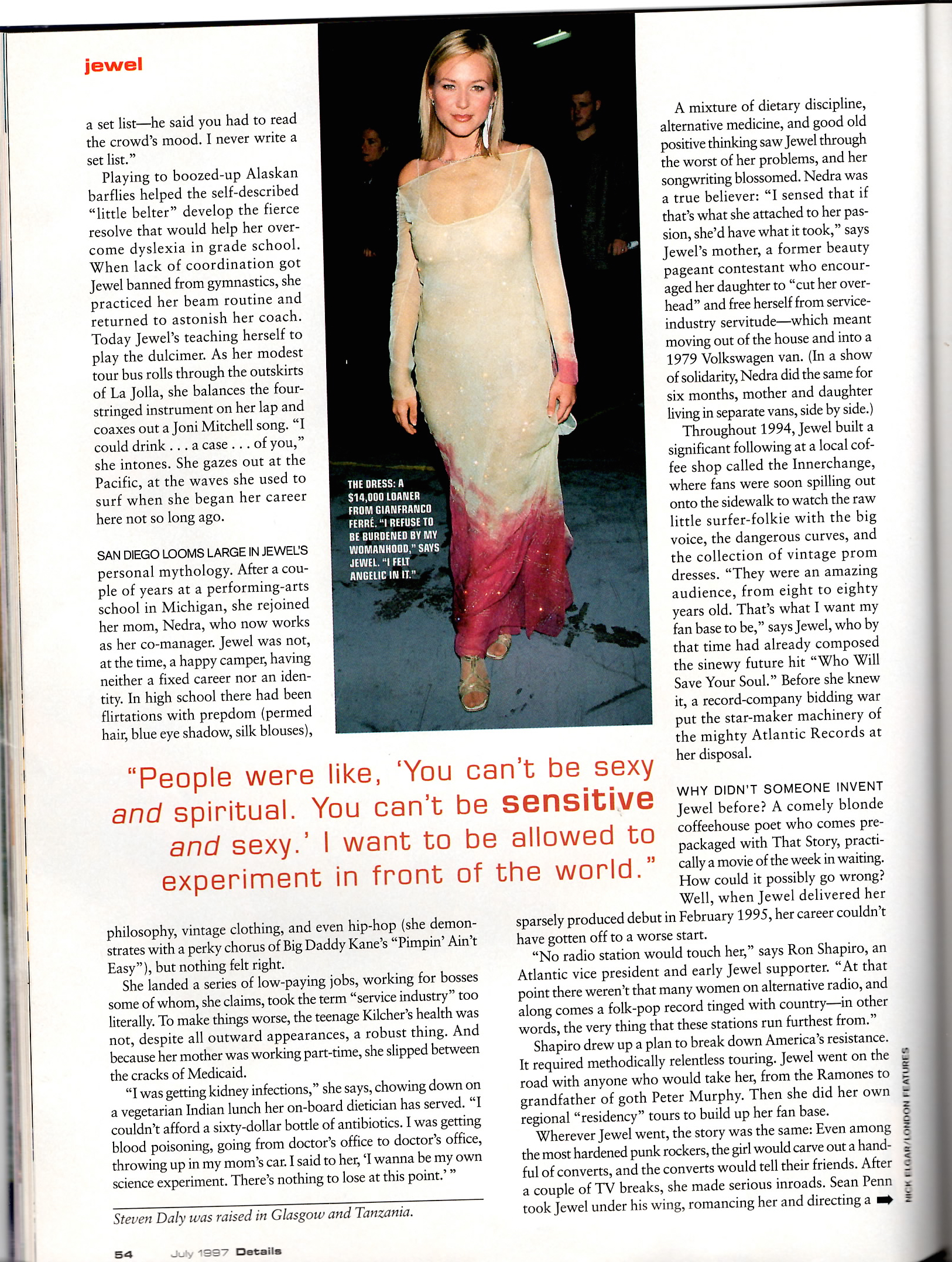 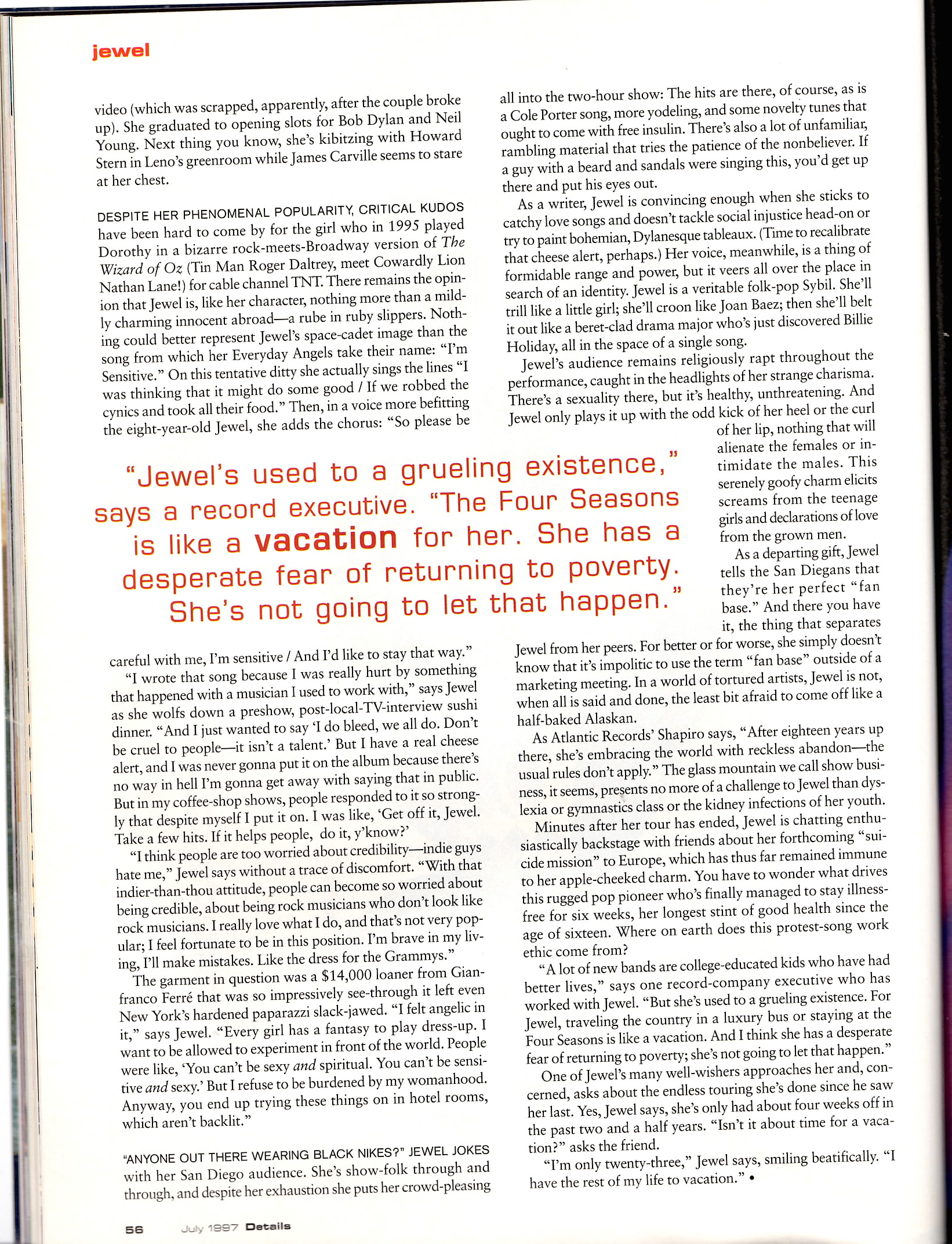