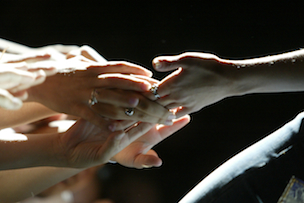 For this month's EDA Inclusive I chose a show at Puyallup, WA, on September 23, 2000. This was the last gig ever with the Spirit tour band with Steve Poltz, Brady Blade, Tony Hall, Steve George and guitarist Andy Georges filling in for Doug Pettibone. Three days later Jewel did her first solo acoustic gigs in a long time (two shows at Saratoga Mountain Winery on September 26 & 27). A week later her second book, “Chasing Down The Dawn” was published, followed by a month-long promotional blitz beginning with an appearance on The Daily Show with Jon Stewart on October 4.

I left in a long lead up to "Hands" because Jewel was in a playful mood and had a fun exchange with a woman signing on stage. I remember everyone having a great time at the fair. Earlier that day I went with my assistant Anna Bissell and Steve Poltz to the EMP Museum in Seattle where we ended up being escorted out for getting too close to Jimi Hendrix's guitar. Anna had left the video camera running so I was looking for that tape to see what really happened. In the process I came across this video. Alan sent me the soundboard audio so I tossed it all together and here's the result. I hope you enjoy it! - West