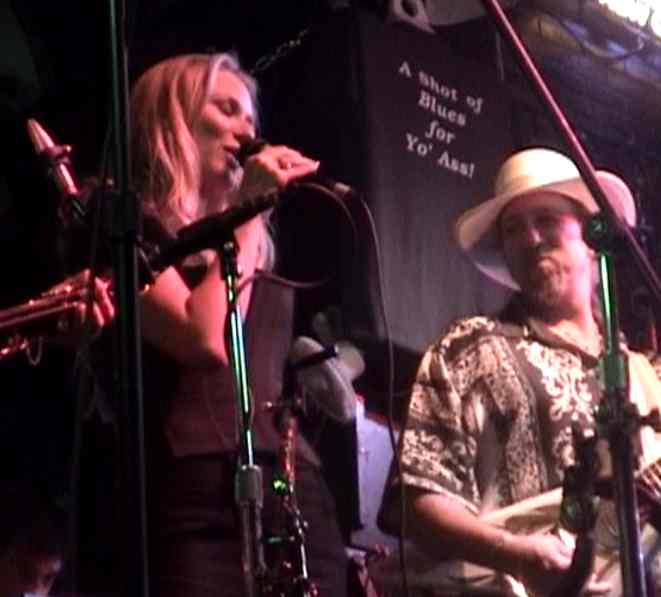 For this month's free Club EDA download, we've dug deep into the archive to feature an extremely rare live performance from 2001, a year that Jewel scheduled no concert tours.  As far as I know, (attention: Jewelwiki-miester, Robby) this appearance has been undocumented before now and I don’t recall it ever being mentioned anywhere.   I'm confident that nobody, including the most diehard collectors, has ever heard this performance.  We also have several previously unseen snapshots to go along with it.  So lets get on with it by giving you a little context...

Journey back to Spring of 2001; June 13th to be precise.  Jewel had been in Nashville the past few weeks immersed in the sessions for her This Way album.  This day had a busy schedule, beginning with a morning rehearsal for the TNN/CMT Country Music Awards at Gaylord Entertainment Center, which was being nationally televised that same evening.  Both Jewel and Ty Murray were presenters and Jewel was additionally performing a duo with John Michael Montgomery. Following these rehearsals, they headed back to the studio, where Jewel and her producer, Dann Huff, commenced recording vocals and mixing "Serve The Ego" for several hours.  Also of note is that one of the greatest drummers Jewel ever toured with, Brady Blade (of her 1999 Spirit Tour band), turned up at the studio to say hi.  Jewel and Ty made plans to meet up with Brady after the CMAs later that night at a local hotspot.

Following the sessions, they got ready (hair, makeup, etc.) for the CMAs and headed back to Gaylord Entertainment Center, where they did a brief press conference together.  Their respective CMA appearances followed.  Afterwards, they headed out to meet up with Brady at Nashville's Bourbon Street Blues & Boogie Bar, which The Blues Foundation had recently awarded #1 blues venue in the country.  Needless to say, this club hosted many great blues artists.  It also had a cookin’ house band called Blues-U-Can-Use fronted by guitar slinger Stacy Mitchhart, a seasoned musician with considerable blues chops.  Before long the band invited Brady Blade to take over on drums and shortly after that also enticed Jewel up on stage.  A few snapshots :

If you are already a registered member of jeweljk.com, simply log in to the community area and help yourself to the files here.  If you are not yet registered, please register first here.  It's free and easy.  If you experience any technical difficulty, don't hesitate to ask for help at [email protected]  If you’ve missed any of our previous Club EDA downloads, all of them are still available, so you can help yourself to those files as well.  For details on the previous downloads, you can access my previous blogs about them by clicking “Alan."   In regards to our free downloads, we respectfully request that rather than share the free files elsewhere, that you do Jewel the favor of instead sharing the link to join her free Club EDA community, so that others can download the free files themselves. Please spread the word rather than the files and help Jewel build her online community. You can read her thoughts on this here.

Recorded at the Bourbon Street Blues & Boogie Bar in Nashville on June 13, 2001, listen to Jewel belting out “Baby, What You Want Me To Do" with Stacy Mitchhart & Blues-U-Can-Use as this month's free Club EDA download.  Like the club banner says. “A Shot of Blues for Yo’ Ass!“  And to all our friends here in The States, have a great 4th of July!     Enjoy!    Alan 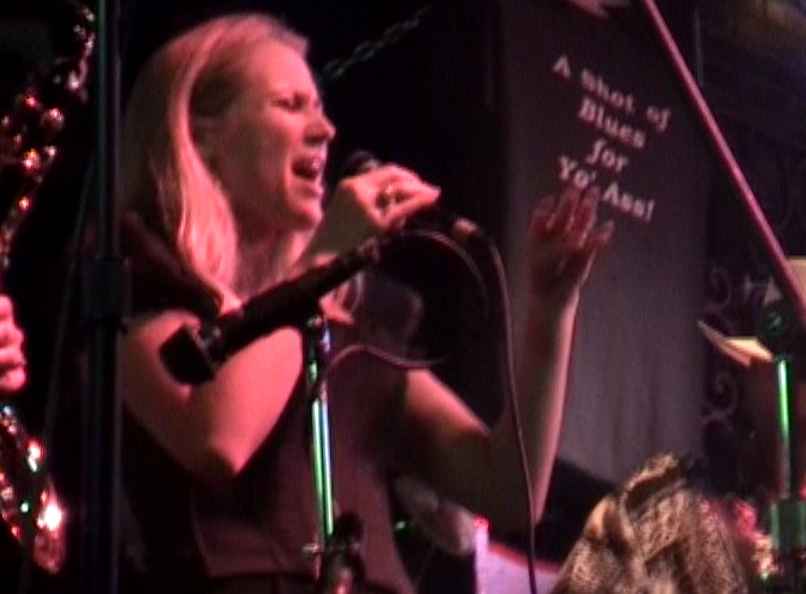