Recently I was thinking...

Picture an unknown, but prolific young songwriter, who is destined for career longevity.  They begin by pursuing the coffeehouse and bar circuit in search of a place to play their acoustic guitar and sing their songs.  Within a year or two, this aspiring musician develops a local following.  Soon afterwards, they get discovered and signed to a major label.  They record a debut album of folk music.

Over the course of the next several years they develop into both a performing and recording artist. During this process, they attain stratospheric fame and media attention. (This relatively short time frame, while still in their 20’s, is later perceived by many as the definitive era of their work.)

As the career in music progresses, our songwriter continually develops their craft and broadens the scope of their work, venturing way beyond folk music. They even explore other creative territory including books and film. Each subsequent album reflects these developments and as such, gains new fans along the way at the expense of leaving some old fans behind.

Eventually this culminates in said artist releasing the most adventurous and controversial album to date. After playing a relatively brief series of concerts to promote this album, they cancel a highly anticipated tour and retreat from view, under somewhat mysterious circumstances. This sudden seclusion causes many to wildly speculate.

During the seclusion time, songwriting continues, but having little interest in repeating anything, they begin more consciously exploring root elements of their craft.  One root element of strong interest is country music.

When they finally do return to the studio to record the next couple of albums, they do so in Nashville, the epicenter of country music.  These albums reflect the artist’s country influences and inclinations more overtly than previous projects.  This also results in the artist appealing to new listeners, but many fans also find this move confounding.

Embracing country music also manages to polarize some listeners in terms of the album releases.  Although interest in the live performing artist remains largely undiminished through all of these changes, many believe the strongest studio work had now become a thing of the past.

At this challenging career juncture, our recording artist soldiers on.  Production for another album will coincide with extremely difficult circumstances, including a divorce. This will inspire a dark undercurrent as well as greater depth to the songwriting and recordings.  Emotional pain will largely fuel the material, achieving an intensity level well beyond anything the artist has recorded in years.

The resultant album is universally acclaimed by both fans and critics alike.  Many agree it is the strongest album since that definitive early era, with many considering it the artist’s finest album to date - including me.

Who do you think I’m referring to here?

But strictly in terms of albums and unflinchingly following one’s own muse, it’s remarkable what a parallel trajectory they’ve been on.

For me personally, Jewel’s forthcoming album, Picking Up The Pieces is her Blood On The Tracks.  I believe anyone who gives it a serious listen will come to similar conclusions.  I’m very much looking forward to you hearing it, as I do indeed find it to be her strongest album to date.

Its certainly been a long haul.  Preproduction actually began in January 2014, so this album has taken considerably more time and effort than any before it.  Although she began trepidatiously, Jewel also produced this album herself and I think you’ll find the results extraordinary.  Despite some of her previous producers consciously avoiding it, every one has left their mark on her music.  I admire all of them for different reasons, but this album is pure undiluted Jewel in a way no previous album ever could be.

I’ve been fortunate to work with her now for over two decades.  In the process, I’ve become an accidental scholar of Jewel’s work and working methods.  I’ve always greatly enjoyed the creative process of recording studio albums, but with a few notable exceptions, rarely am I compelled to continue listening by the time they are completed.  This is the first of Jewel’s albums where I still have a strong compulsion to listen to almost all of it again - even after being deeply immersed in it for 18 months.  I’ll even go as far as saying the heartbreaking album opener, "Love Used To Be," is the crowning songwriting achievement of Jewel’s entire catalogue so far (in my humble, yet unwavering opinion, of course).

Jewel’s forthcoming book of memoirs, Never Broken, has also been quite the emotional roller-coaster, not just for Jewel, but for me as well, dredging up a lot of painful baggage buried deep for a long time.  It’s a brutally honest piece of work, that opens up old wounds in an effort to finally heal and move past them.  It was often a difficult process and I can honestly say there were days when Jewel inadvertently became my therapist!

And that's the most fascinating thing about these two projects.  They convey the inner turmoil and emotional intensity of life during it’s most difficult and challenging moments, but they are both ultimately a testament to survival, despite being damaged.  Picking Up The Pieces is unquestionably Jewel’s deepest and darkest album by far, but that said, it’s also the most lyrically and musically compelling album of her career.

Thank you for reading my ramblings.  Before I go, here’s a shot taken during the live recording session (AKA Jewel’s EDA Swanky Soirée ) that many of you attended. Its never been seen before and was not included in the yearbook, so I thought I’d share it here. 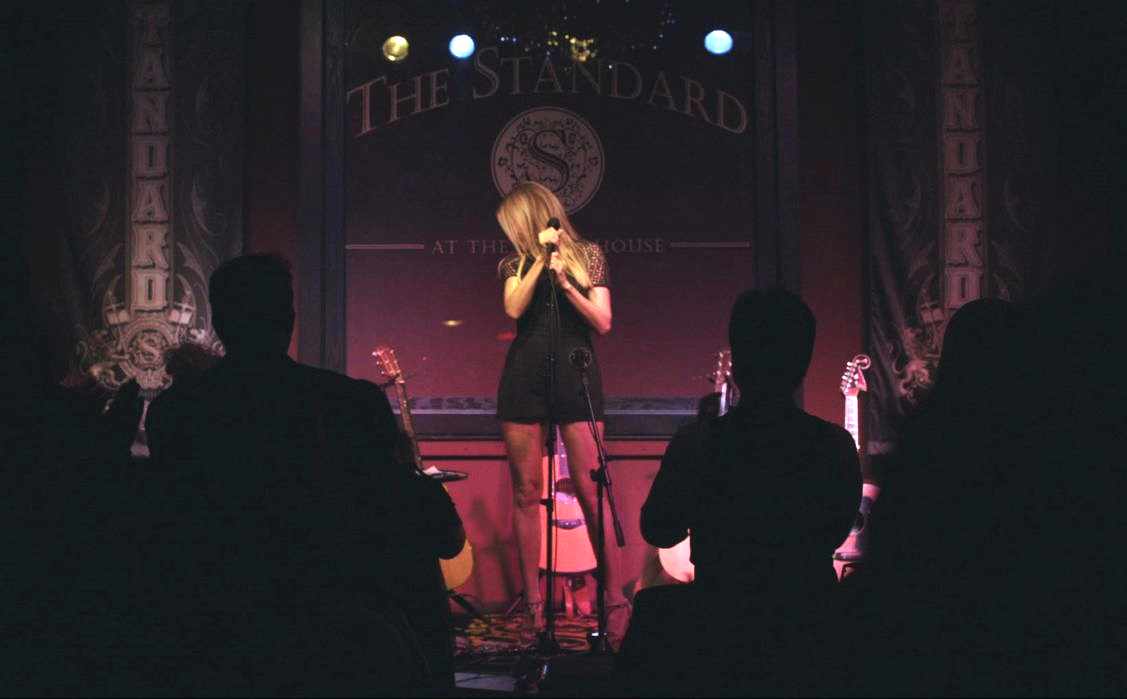